Due to welsh government restrictions we are currently closed.

Things to do nearby

Beddgelert & the Snowdonia mountains are steeped in myths and legend 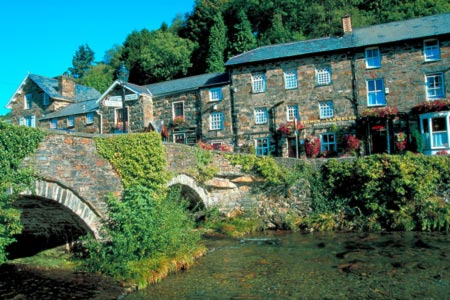 Sygun is situated 3/4 mile from Beddgelert which is renowned as one of the prettiest villages in North Wales with spectacular scenery of the mountains and lakes. Sygun’s location is ideal for exploring the stunning Snowdonia National Park, the many attractions within it and the local award winning village of Beddgelert which is rich in stories, some historically accurate and others purely fictional. It’s a beautiful little village of stone-built riverside cottages, with various shops and pubs to visit and is a favourite with visitors and Snowdonia residents alike. 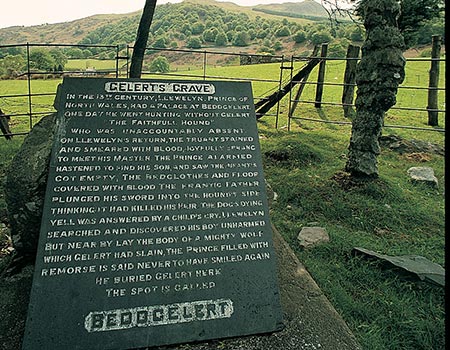 The pretty Snowdonia village of Beddgelert, which means “Gelert’s grave”, takes its name from the legend of Prince Llywelyn’s faithful hound who was slain in a case of mistaken identity.

Llywelyn had left Gelert guarding his baby son, and upon his return he found the cradle overturned and the baby nowhere to be seen; Gelert’s face, however, was smeared with blood. Fearing the worst, Llywelyn killed Gelert. But then a baby’s cry was heard, and the child was found unharmed, beside the body of an enormous wolf with its throat ripped out.

Llywelyn, it is said, never smiled again. Whether the story is true or not, nobody knows for sure; but a gravestone was later placed in the village to commemorate Gelert’s bravery. Gelert’s grave is in a field by the river, and the gravestone tells the story of what happened that fateful day. Legend has it that Gelert’s body lies beneath. 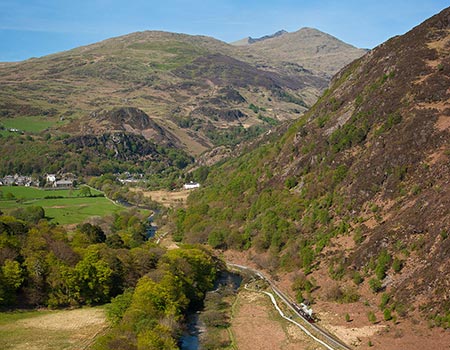 Beddgelert is one of the stops on the Welsh Highland Railway, which runs from Caernarfon to Porthmadog via Waunfawr and Pont Croesor. Hop on at Beddgelert and see some of Snowdonia’s most spectacular scenery; there are several steam trains a day, and return and one-way tickets are available. 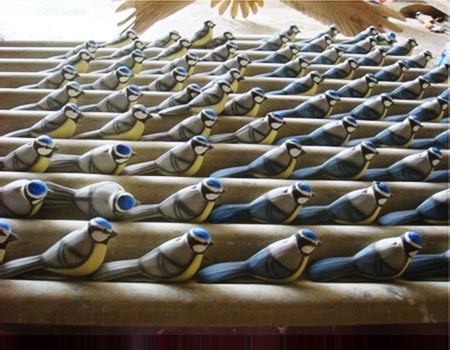 You’re bound to want to take a souvenir with you when you leave Snowdonia, so make sure you pop in and see what’s on offer at Beddgelert Woodcraft. You’ll find the shop near the river, on the way to Gelert’s Grave; it’s usually open 10am to 5pm. At Beddgelert Woodcraft you’ll find all sorts of beautiful carved wooden gifts, including an amazing collection of life-sized painted, carved wooden birds. 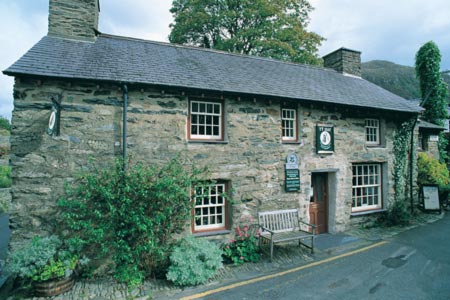 This National Trust property, dating back to the 17th century, is the oldest house in Beddgelert. Standing on the site of Llywelyn the Great’s hunting lodge, Ty Isaf was reopened in 2010 as a shop and exhibition, featuring a 19th century kitchen and information about local wildlife and history. 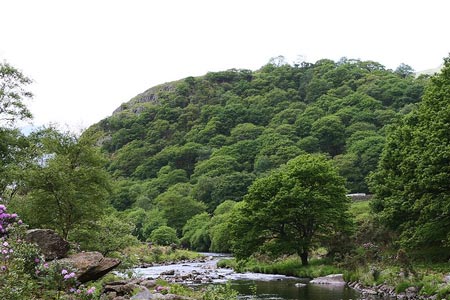 Situated opposite Sygun Copper Mine, this ancient fort has all sorts of legends surrounding it, including connections with King Arthur. Not much remains now of the castle that once stood there, apart from a few ramparts and the base of the keep, but it’s still worth a visit. It was at Dinas Emrys that the legendary red dragon of Wales slayed the white dragon of the Saxons, as foretold by Merlin. 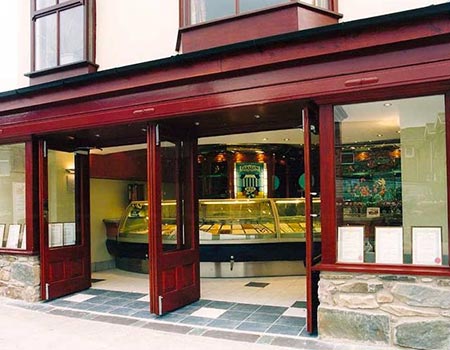 You can’t visit Beddgelert without trying the delicious award-winning ice creams, these ice creams are freshly made early every morning to a secret recipe, failure to try one before you go home would be a missed opportunity!

On the Silver Screen!

The incomparable countryside captured the imagination of movie makers, who turned the mountainside surrounding Sygun into a Chinese village in 1957 for the filming of ‘The Inn of the Sixth Happiness’, starring the late Ingrid Bergman.

See this archive clip from ITV Cymru/Wales showing the filming at the Nantmor location.